Imagination and the Noetic

The aspiration in science is to be critically open-minded about any claim, regardless of how outrageous the claim may appear to be. Many scientists can manage the delicate balance between skepticism and open-mindedness, but others cannot. These Skeptics (capital S, because they are oddly proud of their inability to think outside the box) are quick to loudly declare a claimed effect “impossible.” The history of science shows us that such declarations are almost always wrong, and they often arise out of a failure of imagination.

The universe is vast, and we have just begun to explore it. Closing off huge swaths of reality to investigation because it stretches the imagination is more than just a pity. It threatens our very existence. If we cannot think ourselves out of a growing number of extinction events looming on our horizon, then we had better imagine a way to think outside those boxes. And soon.

In my work at the Institute of Noetic Sciences, I’m part of a team of scientists who study commonly reported noetic experiences. William James, the father of American psychology, provided a delightful definition of noetic as “states of insight into depths of truth unplumbed by the discursive intellect. They are illuminations, revelations, full of significance and importance, all inarticulate though they remain; and as a rule, they carry with them a curious sense of authority.” In the vernacular, these experiences include “psychic phenomena,” including telepathy, precognition, clairvoyance, and psychokinesis. By investigating psychic phenomena using standard scientific methods, we (along with colleagues around the world) have found that our minds are not locked inside our skulls. Minds can also transcend the everyday limitations of space and time.

Psychic experiences are remarkably common. Surveys indicate that the majority of the world’s population have had one or more of these experiences. They remain a challenge to prevailing scientific models of reality because how we can gain information beyond space and time is a mystery, although leading edge theories in modern physics are beginning to provide clues. Still, I sometimes encounter Skeptics who suffer from a condition I call IDS (Imagination Deficit Syndrome). Those with IDS assert that psychic experiences cannot exist, so they must be due to fraud, flaws, or one or more cognitive deficits. That’s as far as their imaginations allow.

The problem is that these phenomena have been studied in controlled laboratory experiments for over a century, amassing a huge empirical database in the process. We now know with high confidence that psychic phenomena are in fact real. While adequate explanations are still evasive, this is where imagination can save the day. This puzzle will be solved not by blithely dismissing common experiences, but by using our imaginations to take “noetic leaps” beyond today’s dogma to help us blaze trails in entirely new and exciting domains of knowledge.

Dean Radin is the Chief Scientist of Institute of Noetic Sciences, Associated Distinguished Professor at California Institute of Integral Studies, Editor of the journal, Explore, Chairman of Cognigenics Inc., and the author of books such as Real Magic: Ancient Wisdom, Modern Science, and a Guide to the Secret Power of the Universe, and The Conscious Universe: The Scientific Truth of Psychic Phenomena. 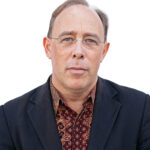 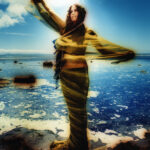