Although imagination is often considered “a faculty of the mind that forms and manipulates images,” it is not an exclusive cognitive activity as it is also intimately linked to the body. The ancient Greek philosopher Aristotle was one of the first to observe that imagination (phantasia) plays an indispensable role in rational thought, perception, dreams, memories and that it comes about through sense perception. 2400 hundred years later, neuroscience agrees with Aristotle that imagination is indeed embodied.

The word “image” in imagination may lead us to think of imagination as primarily visual, whereas images can actually contain elements from different sensory modalities: visual, olfactory, gustatory, tactile, and kinesthetic. We can imagine the strong, musky scent of a rose or the sour taste of a lemon without external sensory input. The more senses we engage, the more vivid is the image. When I try to visualize a peach, I invoke the memory of its soft fuzzy texture, the tart, sweet taste, the sticky juice on my hands, etc. By calling on as many senses as possible, the image gradually takes on reality.

Carl Jung wrote extensively about the sensuousness of the images of primitive people. When the primitive “thought,” they perceived the content of their thoughts in such vivid imagery that it was easy to mistake it for the real world. Nikola Tesla seems to have been able to recapture this eidetic quality of the image; he could run elaborate experiments in his imagination, visualize the most complex machinery, improve on it and operate it as if it were real. Albert Einstein and many other great minds that advanced humanity with their ideas and inventions possessed a heightened kinesthetic sense. When asked to describe his creative process, Einstein replied that the critical elements of his thinking were of visual and muscular type.

Embodied imagination allows us to penetrate the archaic depths of the vast, dark, and inaccessible world of the unconscious, forming a bridge by which the contents of the unconscious can be communicated to the conscious mind in the form of metaphorical images and symbols. These metaphorical images reflect the inner psychology of the individual and collective psyche and, when assimilated into consciousness, carry enormous transformative and regenerative potential.

The famous surrealist painter, Salvador Dalí, used a hypnagogic dream state to explore his unconscious and to express on the canvas the otherwise inexpressible inner world of the psyche. Speaking of Dalí’s genius, Jung said that Dali’s paintings reflect the knowledge of the secret developments of the human unconscious mind in the last 1000 years.

Today, we are living too much in our heads and not enough in our bodies. This has dealt our imaginative capacity a serious blow. Disembodied, imagination has been severed from the very source of its vitality, creativity, and rejuvenation. At a time when many of our systems and structures are proving to be environmentally and economically unsustainable, it is imperative that we call upon our imagination to envision new, more sustainable ways of living in the world. But without embodying our imagination, without the senses, success in this task is highly unlikely.

Elena Lanham is an independent writer and researcher currently working on a two-volume book which deals with suprahuman cognitive and creative capabilities, who believes in tapping into the utmost human cognitive potential instead of relying on technology to do it for us. 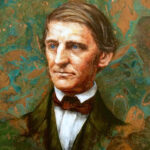 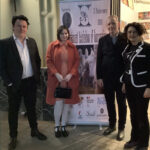