Although we often talk about creativity and imagination as being the same thing, I’d like to distinguish them a bit.

At the extreme of imagination, we have people who do enormous amounts of creative work in their heads before making anything in the real world. Rapper Kanye West claims to not have written down any of the lyrics for his first four albums. [i] This means that he composed all of the lyrics in his imagination. At the other extreme are rappers who freestyle, rapping off-the-cuff and making it up as they go along. If we think of imagination as being the construction, and reconstruction of ideas in the mind, composing four albums requires far more imagination than rapping off-the-cuff, where we only have the cognitive capacity to plan ahead a few lines, or, in some cases, a few words.

Rapping off-the-cuff is a kind of improvisation. I did theatrical improvisation for about twenty years. In my improv training, I was explicitly told not to have an agenda, because it would interfere with the scene quality by making me less responsive to what was happening on stage.

Salvador Dali made hundreds of sketches, changing, and manipulating as he went, before he made a final painting, but other artists are more like freestyling rappers. When I do gestural calligraphy, I often have a vague idea, or no idea at all, of what’s going to be on the page before I start making it.

In saying that improvisation uses less imagination than more planned art, I’m not saying that improvisational art is less creative. Both kinds of art creation are intensely creative. It’s just that one involves more preliminary mental construction than the other, and it is this mental construction that is connected to imagination.

Jim Davies is a Professor at Carleton University’s Department of Cognitive Science, and the School of Computer Science, Director of the Science of Imagination Laboratory, an artist, four-time TEDx speaker, the author of books such as Imagination: The Science of Your Mind’s Greatest Power, and the co-host with Dr. Kim Hellemans of the award-winning Minding the Brain podcast, which explores cognitive and brain sciences. 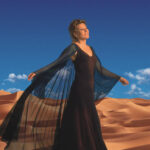 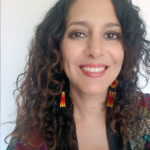