Imagination, Faculty of the Soul

“It will not be the fear of madness that forces us to lower the flag of imagination.”
— André Breton, First Surrealist Manifesto, 1924

The surrealist movement based its approach on the search for the imagination, inspiration, and creation of the artist, on extracting the deep consciousness of man, through two techniques, sleep, and a “psychic automatism” that tends to the suspension of the artist’s self in order to make creation a dictate of pure thought without any intervention or regulation of reason.

Salvador Dalí entered the Surrealism movement in 1930 and would come to turn this conception around with the introduction of his Paranoid-Critical Method, which he described as a “spontaneous method of irrational knowledge based on the critical and systematic objectivity of associations and interpretations of delusional phenomena.”

In 1934, André Bretón, French writer, poet, and principal theorist of Surrealism, applauded Dalí’s technique, stating that Dalí “had given Surrealism an instrument of the highest conscious order” and that “it had been perfectly applicable to painting as well as to poetry, cinema, the elaboration of surrealist objects, fashion, sculpture, art history, and even, if necessary, to any kind of exegesis.”

In Dalí’s 1935 book, Conquest of the Irrational, he expresses: “The paranoid-critical activity discovers new and objective ‘meanings’ in the irrational; it tangibly passes the world of delirium to the plane of reality.”

According to this, we can distinguish in the method two moments, the paranoid moment and the critical moment, which together motivate the imagination of the artist to accompany him in the creative process.

The paranoid moment is a delirious, delusional state in which the artist receives “The images of concrete irrationality” which are, therefore, “authentically unknown images.”

The critical moment tries to shape the delirious images coming from the paranoid moment, rationalizing and interpreting them in order to capture them in reality.

As Dalí puts it: “All my ambition in the pictorial field is to materialize the images of concrete irrationality with the most imperial fury of precision.”

In 1960, the French painter, representative of abstract expressionism, and art theorist, Georges Mathieu, wrote: “Endowed with the most prodigious imagination, with a taste for the lavish, theatrical and the grandiose, but also for the random and the sacred, Dalí baffles superficial spirits…”

Thus, without “fear of madness”, let us apply Dalí’s Paranoid-Critical Method. “Let’s conquer the irrational” and raise “the flag of imagination” to form new ideas and new projects for the advancement of humanity.

Mario Gonzalez Lares is a researcher and a scholar of the life and work of Salvador Dalí who has assisted with documenting collections for both the Science Museum in Caracas, Venezuela and the Venezuelan Institute of Scientific Research, IVIC, contributor to the Catalogue Raisonné of Dalí’s work that the Fundació Gala-Salvador Dalí in Figueres, Spain manages in collaboration with The Dalí Museum, researcher on the trilogy of ballets by Dalí: Bacchanale, Labyrinth and Sacrifice as The Dalí Museum’s first Fellow, and author of two unpublished books: Dalí’s Tarot and Dalí’s Zodiac. 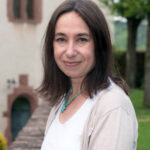 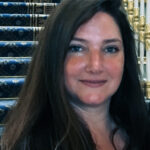