I am fascinated by the collective ability to cultivate and harness imagination, especially in a corporate context.

Humans have a unique capacity to imagine, to think about things which are not the case but could be. And all great companies are built on acts imagination – changing the world by imagining a possibility and bringing it to fruition. Yet despite their origins, the universal endowment of imagination and the obvious rewards, large companies struggle to reimagine themselves. 90% of CEOs report that imagination is a vital capability, but an equal number admit to having no systematic approach to imagination.

The need to fill this gap is becoming even more important. The rate at which competitive advantage fades is increasing, driven by the pace of technological disruption. With AI supplanting routine cognitive tasks, humans will need to focus on more uniquely human attributes like creativity, ethics and empathy. And the magnitude of our collective challenges, like climate change, require new levels of collective imagination. This is why I set out to write a corporate play book for imagination, The Imagination Machine with Jack Fuller.

We first make the case for why business imagination cannot be relegated to start ups but needs also to be embraced by established companies. We examine and refute myths which get in the way of doing so, like the notion that imagination is a power given only to creative types, that it occurs in such an unpredictable fashion that it cannot be channeled or harnessed systematically, or that it is entirely a mental activity. We lay out a six-step framework for inspiring, cultivating, testing, communicating, harnessing, and institutionalizing imagination. We have proposed 16 imagination games which are designed to expose and stretch unspoken assumptions in the mental models companies have of their businesses.

I believe that in 10 years’ time, imagination will no longer be positioned as a subset of innovation but will become a central part of business strategy and management, supported by pragmatic tools which apply not only to ideation but to the end-to-end process of idea to impact and self-renewal.

Martin Reeves is the Chairman of the BCG Henderson Institute, a think tank dedicated to exploring and developing valuable new insights from business, technology, economics, and science by embracing the powerful technology of ideas, a 3-time TED speaker, and author of the books The Imagination Machine with Jack Fuller, and Your Strategy Needs a Strategy, plus numerous articles in Harvard Business Review. 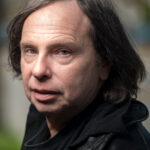