Imagination is what defines us as a species. It’s also an essential tool which we need to properly recognise and develop in order to navigate this volatile world. As we know from observing children, imagination is a key part of our development and ability to resolve problems and challenges.

Although most people think imagination is restricted to artistic practice, I believe it influences just about everything we do regardless of our jobs or lifestyles. Simply put, imagination is the key to our future survival as, without a reimagined world, we are unlikely to survive the immense environmental, economic, and social crises confronting us. As Jules de Gaultier stated, “Imagination is the only weapon in the war against reality.” And our reality has never been more dangerous.

To imagine means playing, meditating, creating, questioning, testing, changing, sharing, connecting and ultimately just being human. I know this is a long list! But, for me, it shows just how important and pervasive this vital process is. We can teach and practice these skills and incorporate them into the formal curriculum, organisational cultures, and our day to day lives. However, first we need to value and appreciate the power of imagination to deliver change.

Imagination played a key role in the creation of the Imagine! Belfast Festival of Ideas & Politics. We felt that Belfast and Northern Ireland needed a good kick up the ass! So, we thought that creating a provocative festival blending politics and ideas could be a good way to imagine a better Belfast. Since our inception 9 years ago, we have gone from strength to strength with our last 7-day festival involving thousands of people in 142 virtual and in-person events investigating the big issues of our times.

Across the world, citizens are taking control of their political destiny by coming up with new ideas and ways of implementing change. Perhaps you have joined this movement? If not, we invite you to take part in our next festival during 20-26 March 2023 in Belfast and online. We are always looking out for imaginative speakers and performers so feel free to contact us as we re-imagine our future through debates, talks, performances, place-making and visual art. Check us out at ImagineBelfast.com. 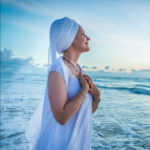 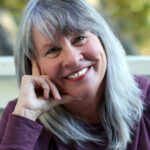