Imagination feeds on the poetic, like separated lovers feeling each other’s presence through the shared light of the moon. The imaginal landscape of the soul is the living mirror of the soul of the world. Imagination is the bridge between matter and spirit, intention and action, possibility and actuality. It is the active bringing into form of an otherwise hidden lure and longing. As the miraculous autopoietic or self-organizing power of matter, it is coextensive with everything that lives.

The unraveling of the web of life in our times is a sign of the dominant culture’s inability and even active refusal to participate in the creative and life-sustaining imagination of Gaia, the living Earth in and from whom we have our being. At the same time, however, we are witnessing the accelerating evolution of a new Gaian organ of perception, a mode of consciousness on a planetary scale. Literally grounded in indigenous heart-mind, its soil enriched for millennia by shamans and ancient stargazers, by mystics, philosophers, artists, and poets, it emerged with the birth of the Planetary Era some five-hundred years ago, with the Copernican Revolution and the first circumnavigation of the globe. The scientific, technological, and socio-political revolutions that followed have led to the creation of a new planetary sphere—the noosphere—the sphere of human consciousness upon which, for better or worse, the fate of the Earth community now depends. The tragedy of the Planetary Era is that this new sphere has emerged at the cost of genocide, colonial depredations, and now presents us with the threat not only of the collapse of industrial civilization but the annihilation of complex life itself.

We can now tell the story of Gaia’s 4.6-billion-year evolutionary journey. Gaia theory and Earth System science allow us to imagine, to model and be guided by the wise and numinous ways of our shared planetary body. If we are to avoid the worst, if we are to actualize our still untapped potentials, we must cultivate and amplify our Gaian imagination. We must learn to see and feel ourselves being imagined by Gaia, and so be inspired to celebrate and protect the entire Earth community.

Sean Kelly is Professor of Philosophy, Cosmology, and Consciousness at the California Institute of Integral Studies (CIIS), author of the books, Becoming Gaia: On the Threshold of Planetary Initiation, and Coming Home: The Birth and Transformation of the Planetary Era, and co-editor of The Variety of Integral Ecologies: Nature, Culture, and Knowledge in the Planetary Era, and Psyche Unbound: Essays in Honor of Stanislav Grof. 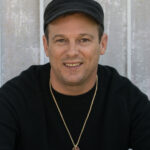 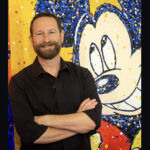