“Music is,” Sidney Lanier writes, “love in search of a word.” Imagination is a wondrous vehicle of this search, which invites us to breathe, to dream, and to be fully present to the wonder of living. Joined together, the musical imagination is revealed.

Imagination is essential to my inspiration as a musician, and undoubtedly all musicians feel the same. It is that grand inner spaciousness which arises first as a feeling. It’s not just emotions, but deeper sensations which can be perceived differently by every listener. Only later does logical thinking come into play. So, putting this into words is a unique challenge for me because my feeling for music goes far beyond words.

Music, as I imagine it, is a meditation, a special connection to the source of my creative outpouring. Like a theatrical narration, musical notes are like words to me that express a very precise, fluid, non-verbal storyline. When I engage in the ritual of music-making, different senses interact. I feel and see shades and spectrums of sonic colors which set the mood and narrative much like a painter who creates their visual colors with a palette. This feeling process is like a key which allows me to hear and see the invisible perceptions that I translate into music.

Depending on the music that is coming through me, some compositions feel like an impressionistic painting with sparks of colors which are blurry to the logical mind but bring us to another atmosphere or dimension, much like a journey where I perceive the “music” that resounds in nature, in the magical woods overflowing with lush greenery and majestic trees. Other compositions bring me in touch with and transmute difficult and painful emotions linked to events. They trigger a therapeutic process that my listeners can resonate with as well. This process illuminates and releases inner patterns that can be oppressive and obscure.

I find that this meditative process, complimented by daily meditation practices, is a wonderful stimulus for my imagination and intuition to bring forth my fullest conscious creativity. The scientist working in the laboratory to discover the laws of nature is engaged in a form of meditation. Attentive care for the health and wellness of the needy is meditation. The application of our minds to the problems of government and international relations is meditation. The themes will differ and so will points of emphasis, but the process is identical. Music is a timeless medium of this meditation, a condition which, according to Walter Pater, all the arts continuously aspire towards.

Music can help us to better understand other people and develop higher levels of empathy. Our senses are a vector of contacts and exchanges. When I touch the keys of my piano, I not only generate a note, it is a subtle sensitivity that allows me to “touch” the listener other than by placing my hand on their skin. We ourselves have our subtle bodies which vibrate with harmonics. Molecules vibrate at a certain frequency, and we know from the work of French researcher, Joël Sternheimer, that molecules are like melodies which vibrate with the same harmonic laws as those present in music. As a musician, I draw from this inner resonance, for I believe it is essential to our livelihood and harmony on earth. Music can therefore have a higher purpose beyond enjoyment, happiness, and entertainment. This is the power of music and the musical imagination, the kind of imagination which music activates and liberates.

Once this imagination is applied for the enhancement of our lives, I believe it can be put in the service of a collective harmony that makes the world a better place, a harmony that my music and my life is inspired by and devoted to.

Clara Ponty is a classically trained pianist, singer, and composer, and the daughter of legendary violinist Jean-Luc Ponty, with an eclectic body of work presented across six albums, including her latest release, Face to the Sun.

SONGS of the MUSICAL IMAGINATION

A Celebration of Imaginative Compositions in Music by Clara Ponty

Illustrating and illuminating her Musical Imagination essay, Clara Ponty proudly presents Songs of the Musical Imagination, a 20-week IMAGINE Special Feature presenting one of her most favorite imaginative songs every Monday from May 23rd through October 3rd, 2022.

“I would like to start off my Songs of the Imagination series by celebrating the Romantic 19th century composer, Franz Liszt, and his composition, Les jeux d’eaux à la Villa d’Este — a masterpiece and very imaginative!” ― Clara

“The 4-movement title track from the 1977 album, Enigmatic Ocean, is one of the most melodically memorable songs from my father, Jean-Luc Ponty, a pioneer and undisputed master of violin in the arena of jazz and rock. I have had the great pleasure of performing this very imaginative composition with him at music festivals across Europe over the years. This joyful, highly-energizing suite has a mysterious depth that gives me wings like a bird soaring high in the sky over the ocean.” ― Clara

“The buoyant, spacious melody of ‘Eighty-Eight Days in My Veins‘ by Sweden’s Esbjörn Svensson Trio shines warm beams of light through the underlying dark atmosphere underneath… like a Ray of Hope!” ― Clara

“Jocelyn Pook is an accomplished cellist and composer who has earned broad critical acclaim for her eclectic fusion of classicism and unorthodoxy. Her hypnotic album, Untold Things, is a unique creative vision, mixing obscure medieval instruments with strings, talking drums, and casual everyday sounds like birdsongs and children’s playground chatter. ‘Dionysus‘ features a heartbeat-like synth groove behind a soaring wordless vocal and chant; the result is an ambient tranquility.” ― Clara

“One of my favorite classical pieces of all time, Toccata by Aram Khachaturian highly stimulates my imagination and gives me wings.” ― Clara

“The Mystic’s Dream is an ethereal and meditative composition which always transports me to other lands. Loreena‘s luminous fairy-like voice, evoking a call to prayer, is wrapped in a magical blend of Oriental and Western influences, including Gregorian chants (a form of monophonic, unaccompanied sacred song in Latin) frame drum (one of the most ancient musical instruments, and perhaps the first drum to be invented), uilleann pipes (national bagpipe of Ireland), oud (a fretless lute, one of humanity’s first instruments of Turkish and Arabic origins), tamboura (fretless long-necked Indian lute producing a drone effect and tonal foundation for vocalists), bouzouki (long-necked Greek lute), balalaika (Russian three-stringed instrument), electric sitar (Indian plucked stringed instrument), and castanets (percussion instrument used in Spanish, Moorish, Ottoman, Italian, Sephardic, Swiss, and Portuguese music). Featured in the 2001 miniseries, The Mists of Avalon, and the 1995 film, Jade, The Mystic’s Dream appears on The Mask and Mirror, her 1994 album influenced by her travels, specifically in Spain and Morocco.” ― Clara

“The artist composer Eberhard Weber is one of my favorite jazz musicians of all time. He and my father inspired me to want to write music.” — Clara

Imogen Heap – Have You Got It In You?

“With its multilayers of countermelodies, ‘Have You Got It In You‘ by Imogen Heap, singer, songwriter and producer of sophisticated electropop music, holds a strong mystical force that evokes futuristic images which take me on an imaginative musical journey.” — Clara

Ron Trent featuring Alex Malheiros of Azymuth – Melt Into You

“Coming from WARM – What Do The Stars Say To You, the new album by Chicago house music producer, Ron Trent, the deep chilled grooves of Melt Into You, along with Admira, Cycle of Many, Flos Potentia, Night Ride, On My Way Home, and Sphere, featuring the electric violin of my father, Jean-Luc Ponty, are the kind of dreamy, smoothed-out sounds at the fertile nexus of dance, soul, jazz, lounge, and ambient that envelope me in a warm, fluid, and inviting space where my imagination is encouraged to emerge and freely roam.” — Clara

“One of the founding fathers of the hybrid musician movement, and a student of the great Jascha Heifetz, Todd Reynolds is an American violinist and composer who entered into the contemporary music scene in New York City as a member of Bang on the Can and Steve Reich and Musicians. Outerborough is the cinematic, futuristic title track from his 2011 debut record, a double-album of “acoustic-electronica” mixing borrowed and home-brewed, avant and pop, and jazz and classical that accomplishes something very rare – creating unclassifiable music that is thoroughly modern but manages to be approachable, enjoyable listening. ” — Clara

“With the passing of Greek musician, composer, songwriter and producer, Vangelis, on May 17th of this year, the world lost one of the most important figures in the history of electronic and modern film music. A “one-man quasi-classical orchestra”, the transporting symphonic electronica of Vangelis is highly imaginative and cosmic in dimension, and this is no more evident than on Pulstar from his 1976 album Albedo 0.39, a concept album themed around space physics whose title is inspired by the idea of a planet’s albedo, the proportion of the light it receives that is reflected back into space. ” — Clara

Apparat – Not a Number

Dead Can Dance – The Host of Seraphim

“The Australian musical duo of Lisa Gerrard and Brendan Perry has been a cherished favorite of mine since I was a kid. The haunting beauty of The Host of Seraphim, featuring Lisa on vocals, from the 1988 album The Serpent’s Egg, has the magic of bringing us to deeper dimensions of our being and drawing forth our purity of spirit. Ian McFarlane describes the music of Dead Can Dance as “constructed soundscapes of mesmerizing grandeur and solemn beauty; African polyrhythms, Gaelic folk, Gregorian chant, Middle Eastern music, mantras, and art rock”, a very in-tune description of this unique and exceptional group with extraordinary imagination.” — Clara

Clara Ponty – Hymn to Her

“I consider ‘Hymn to Her’ from my latest album, Face to the Sun, to be one of my most imaginative and healing compositions, a song that touches a very personal part of my being. The birthing of this piece was constructed in different stages within a very challenging period of my life. It was a saving grace, like a caring friend with unwavering support which got me to a state of deliverance and transmutation, like a newfound unity with all of life.” — Clara

Clara Ponty is a classically trained pianist, singer, and composer, and the daughter of legendary violinist, Jean-Luc Ponty, with an eclectic body of work presented across six albums, including her latest release, Face to the Sun. Clara’s Songs of the Musical Imagination, an illuminating companion to her Musical Imagination essay, celebrates 20 of her top imaginative compositions in music every Music Monday through October 3rd, 2022, exclusively for IMAGINE. 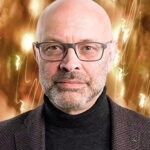 Culture as a Reality 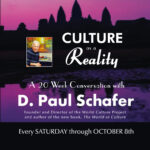