“The rise and fall of images of the future precedes or accompanies the rise and fall of cultures. As long as a society’s image is positive and flourishing, the flower of culture is in full bloom. Once the image begins to decay and lose its vitality, however, the culture does not long survive.” ―Historian Fred Polak

The power of imagery is not only applicable to the health of our individual minds and bodies; it is also true for the health of the body politic. A decay in cultural imagination corresponds to deterioration in the health of a culture. “Where there is no vision, the people perish.” [1]

Despair and apathy serve entrenched interests; “Cynicism is often seen as a rebellious attitude in Western popular culture, but, in reality, cynicism in average people is the attitude exactly most likely to conform to the desires of the powerful – cynicism is obedience. Optimism, by contrast, especially optimism which is neither foolish nor silent, can be revolutionary. Where no one believes in a better future, despair is a logical choice, and people in despair almost never change anything. Where no one believes a better solution is possible, those benefiting from the continuation of a problem are safe.” [2]

Hope and optimism can be revolutionary. A culture’s imagination of the future not only acts as a barometer- it becomes self-fulfilling. It is not an exaggeration to say that our capacity to vividly imagine a POSSIBLE future makes it a more PROBABLE future.

Excerpt from the article, The Power of Imagination to Shift Culture & Consciousness, which can be read in its entirety here.

Dana Lynne Andersen is the creator of Awakening Arts Academy, a transformative arts organization and laboratory for exploration and collaboration near Assisi, Italy, which includes a studio classroom, fine art gallery, performance venue, and gathering place for artists of all kinds, including painters, musicians, film-makers, dancers, poets, and playwrights. 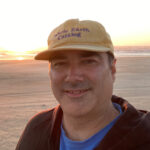 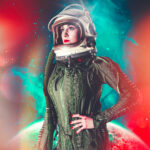