Life’s Subtle Restoration of Our Imagination

I was thinking only today that all songs, at some point, start as a solitary thought. I guess this is the same for anything we create. I feel there’s an only partially tapped healing potential within the unbounded human imagination, whether it be to the individual themselves, or to the universe. I believe that when un-muted, imagination can provide a breathtaking solace, an embrace, a retreat in which to be held, a place to just be or to reflect and problem-solve and to invent more infinite creative freedoms.

I think our raw imagination is muted to varying degrees in childhood when we are encouraged to occupy certain norms, and I feel in a way adulthood is a steady journey to reconnect with that freer state if we have the capacity or the environment to allow that journey ‘home’ in a sense.

I am open to the idea that perhaps we are tuning into something out-with the bounds of our physical bodies when we imagine things. Perhaps they exist in some form elsewhere, and that in and of itself is something I take pleasure in imagining.

I feel humans are often in flight from ourselves and are, in a way, looking for Band-Aids from the outside world to mend our emotional bones, when in fact if we can be still with ourselves and allow our minds to unmoor and go catching all kinds of possibilities we may then as a species, destroy less and seek less to fix ourselves with nothing more than the transitory, only to later once again leave that familiar hunger.

I believe imagination and the act of thinking creatively lights the way for the actual material world to potentially take shape out of the realm of imagination. And perhaps dreams only outlie reality for as long as you have yet to dream them.

Dot Allison is a singer and songwriter who has made significant inroads in electronic music circles, most notably fronting the band One Dove in the early 1990s, and whose albums include Afterglow, We Are Science, Exaltation Of Larks, Room 7½, and the highly-acclaimed new, Heart-Shaped Scars. 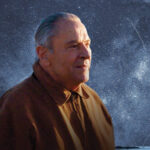 A Tribute to Stanislav Grof 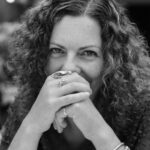