When Mark Riva asked to contribute my essay, Unlimited Imagination, to IMAGINE’s first issue, I was honored but overwhelmed. How could I say something meaningful about such a vast subject? A couple weeks went by, then one morning I woke up and wondered, “What would Ralph Waldo do?” I sat at my keyboard, imagined that I was Emerson, and the words flowed out.

For IMAGINE Vol. 2, Mark suggested the idea of a multimedia presentation honoring Emerson on his birthday. Once again, I thought, “I can’t do that!” Yet once again, a couple weeks later, inspiration struck. Though I’d never attempted such a project before, I decided to create a video conveying why Emerson fires my imagination, why I spent several years studying his works and paraphrasing them in contemporary language, and why his ideas—many of which were ahead of their time—are still relevant and powerful today.

I enjoyed the challenge, and hope this video inspires you to take a deeper look into an author you might not have read since high school English class.

“When we use our imagination, we share in the ethereal currents of the universe. Our identity reaches further than we know—it has no limits.” —from Secrets of the Mind

Ralph Waldo Emerson (1803–1882) holds a prominent place in America’s cultural history. He forged a philosophy for the New World, elevating common sense over academic argument, self-reliance over subjugation to authority, and individual insight over institutional tradition.

He directly influenced the two greatest American poets of the Nineteenth Century, Walt Whitman and Emily Dickinson; he was the godfather of the founder of modern psychology, William James; and he was a friend and inspiration to the guiding lights of the nature conservation movement, Henry David Thoreau and John Muir.

But Emerson is no mere historical relic. To me, he’s a living, guiding presence. And I believe that in these divisive times, Emerson’s voice and vision are more relevant than ever.

“If we could choose the epoch into which we were born, I’d choose an age of Revolution—where people are energized by fear and hope, and the old is being challenged by the new. Fortunately, such is our time. And our time, like all times, is a great one in which to live—if we take advantage of its opportunities.” —from Everyday Emerson

Emerson’s grandfather, the Reverend William Emerson Sr., was an outspoken patriot who served as chaplain to both the Provincial Congress and Continental Army. William was present when British troops killed eight Minutemen at the bridge behind his house; an event his grandson would later memorialize as “the shot heard round the world.”

When Ralph Waldo Emerson was born, Thomas Jefferson was president. Jefferson, a slaveowner, had penned the words, “We hold these truths to be self-evident, that all men are created equal, that they are endowed by their Creator with certain unalienable rights.” But as the Constitution made clear, these words only applied to white male landowners.

During his long career as a writer and lecturer, from 1832 to 1881, Emerson worked tirelessly to expand upon America’s promise. He forcefully and eloquently asserted that all people—including women, slaves, and members of indigenous tribes—shared the same humanity, the same mind, and ultimately the same soul.

“There is one mind common to all humanity. The universal mind is a vast ocean, of which your mind—and everyone else’s—is an inlet. Through the mind, you are connected to all that has been done, is being done, and can be done. The thoughts Socrates thought, you can think; the way St. Francis felt, you can feel; the fears and struggles others have faced, you can face and empathize with.” —from Secrets of the Mind

Emerson delivered an astounding 1,500 lectures during his lifetime. Traveling all around New England, the Midwest, and even venturing to California, he spread his message of unity.

“The soul shines for everyone. There’s a common wisdom of humanity shared by all people, in all places, at all times. The young and the uneducated have as much access to this wisdom as the oldest and most learned.” —from Living from the Soul

A reluctant activist, Emerson avoided partisan politics. To invoke the words of his friend Henry David Thoreau, he preferred the Eternities to the Times. While his record was not perfect, when it came to the great moral questions of his time, Emerson stood on the side of humanity—which put him on the right side of history.

In 1838, he wrote a scathing open letter to President Van Buren protesting the removal of the Cherokee people from their lands.

“This crime will deprive not only the Cherokees of a country, but all of us. For how can we rightly call such a conspiracy “our government”? Or the land that will be cursed by the tears and bloodshed of their removal “our country”?” —from Everyday Emerson

In the mid-1840s Emerson, urged on by his wife and friends, began speaking at abolitionist rallies; and in 1851, he bitterly condemned the Fugitive Slave Law.

The crimes and cruelties of the slave traders and owners cannot be overstated. And the conscience of humanity cannot sleep. . . .

“No person of conscience can obey a law that is contrary to the laws of nature and God. A law is only valid so far as it agrees with the Higher Law. . . . If slavery is not wrong, nothing is wrong. If our resistance to this law is not right, nothing is right.” —from Everyday Emerson

While lecturing at the Smithsonian Institution in 1862, Emerson met with President Abraham Lincoln and encouraged him to push for an immediate end to slavery. The Emancipation Proclamation was issued the next year.

Emerson also supported the early feminist movement. He signed the “Declaration of Sentiments” of the first Women’s Rights Convention at Seneca Falls in 1848, and he addressed the 1855 convention in Boston.

“Let the laws be purged of every impediment to women. Let them pursue every level of education available to men. Let them buy, hold, and sell property just as men do. And let them have a say in making the laws that govern us all.” —from Everyday Emerson

More than a philosopher, Ralph Waldo Emerson was a mystic. Spending hours in contemplation, often in the woods between his home and Walden Pond, he cultivated his relationship to spirit.

“God speaks to us today, in our language, as well as God ever spoke to people in faraway lands in the distant past. The soul discerns what is true, independent of any tradition, institution, or book. Our religions are storehouses of secondhand insights, useful for inspiration but harmful when substituted for firsthand communion with the divine soul.” —from Living from the Soul

All of humanity’s great spiritual teachers, he concluded, point to the same essential truths.

“The world’s religions represent humanity’s attempts, in different times and places, to take the infinite law of the universe and encapsulate it in stories and rituals. . . . This is why, though their religions conflict with each other on many doctrines, the great saints of all faiths say essentially the same things. All proclaim the same virtues: love, kindness, courage, moderation, justice, diligence, patience, mercy, and humility.” —from Living from the Soul

For Emerson, science and spirituality went hand-in-hand. He kept up with the latest scientific research of his day. Each new discovery, in Emerson’s view, revealed a spiritual truth; “for behind each is a law of spirit as well as of matter.”

From his reading as well as firsthand study of nature, Emerson became convinced of the unity and evolution of all life. In 1836, twenty-three years before Darwin published On the Origin of Species, Emerson described our evolutionary journey in this poem:

A subtle chain of countless rings,

The next unto the farthest brings…

And, striving to be human, the worm

Mounts through all the spires of form.

Because he already understood the Genesis creation account as an allegory, accepting evolution didn’t drive Emerson to doubt or despair—quite the opposite. It only increased his wonder at the universal mind, or divine spirit, which manifests itself in the natural world.

One final reason why Emerson is relevant today: recent discoveries of quantum physics, according to Bernardo Kastrup and many others, confirm Emerson’s insistence that mind, not matter, is the basis of reality.

“Mind is the fundamental reality—the ground of all being—and everything else is its reflection. . . . Every physical object, being, or phenomena in the universe is relative to its invisible, mysterious Source. What’s more, you and I have access to this Source, as it radiates out from the very center of our being.” —from Everyday Emerson

Emerson was—and is—a great uniter. Speaking to us across time, he reminds us of what is both scientific fact and spiritual truth: that what we share in common, as fellow humans, is far greater than the superficial differences which seem to divide us.

Sam Torode is the author of three books paraphrasing Emerson’s message for today: Everyday Emerson: The Wisdom of Ralph Waldo Emerson Paraphrased, Living from the Soul: The 7 Spiritual Principles of Ralph Waldo Emerson, and his latest, Secrets of the Mind: Ralph Waldo Emerson’s Keys to Expansive Mental Powers. (The quotes in the essay above are from these books.) He is also the creator of an illustrated edition of Emerson’s first book, Nature, and coauthor of a comic book version of Living from the Soul. All are available here. Sam is also a contributor to IMAGINE’s inaugural issue with his essay, Unlimited Imagination. 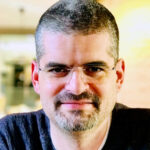 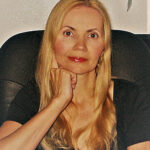