How do we approach this thing called “imagination”? This question drives all our Questions. While there are certainly many different lines of passage and angles of advance, here at IMAGINE we take a specific position which unfolds in The IMAGINE Lounge as both a mode and a place, since the word “lounge” is a verb and a noun. It is from this relaxed context that IMAGINE operates as both an act and a platform for this action. Not so much the cliched action of Hollywood films, but a more subtle, nuanced action that ultimately implies leisure.

We know that leisure is a much-maligned term in our world of hyper-productivity, often thought of as mere loafing and vain idleness, worse yet, indolence, aimless loitering and frivolous futility. However, it should be clear that The IMAGINE Lounge is much more industrious than that. Well beyond the standard derogatory views, we embrace the metaphor of the lounge for all the right reasons, championing the dynamic of active leisure, for on the complimentary side of the equation lies all the good and sensible values found in the art of retreat, respite, and recreation. Can one really imagine the future in a frenzy anyway? Not very likely. For this we need unhurried ease, deliberate quiet and undisturbed calm. Lounging and leisure of this kind is not a negation of initiative and authority. On the contrary, it represents an “opportunity to do something” above and beyond time-consuming duties and responsibilities. It is an invitation to act without haste in order to gain leverage through levity, that quality of being light. It is through this buoyancy where flow happens. We believe that from this state lies a more sustainable, effective way to the creativity, freedom, and liberty we need to truly make a difference in this world.

So, having established the basic sanity of our perspective, let us now touch down on a more tangible “couching” of our intentions that is at once rooted in the ultra-swank padding of early lounge culture, the iconic cachet of both the jet set and cafe society, and the more grounded Bohemian coffeehouse and intellectual salon traditions, yet one thoroughly remixed and synthesized according to the climate and ambiance of our times. This remixing draws out the most useful parts while adding fresh elements that are applicable to our niche, as much a matter of taste as a strategy based on the essential needs of the task at hand. We are anchored in this great work by the use of touchstones and rhetorical devices that express and sum up a unified purpose. For The IMAGINE Lounge then, we submit the following motto for a start: Chilled and reclined for more imaginative minds. 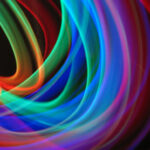 Art of the Future