Imagine a Conscious-Technology Age with a Self-Actualization Economy

We are micro-minorizing technology and placing in and on our bodies, while filling our built environments with sensors, AI, voice recognition and synthesis, and robots to make a continuum of our consciousness and our technologies.

Distinctions between humans and some technologies will blur. When that actually happens, we will have the beginnings of the “Conscious-Technology Civilization.”

The greatest masterpiece of Chopin played by the greatest pianist of our age fails miserably if the piano tuner improperly adjusted the strings. A virtuoso performance requires the proper state of consciousness by the pianist and the proper tuning of the instrument. The key is the proper relationship between consciousness and technology.

Arthur Rubinstein spoke of his memorable performances as if he and the piano merged as a single expression of the composer.  In a similar manner, the performance of civilization could be understood as the relationship of a peoples’ consciousness and their technology.

In addition, the advances of artificial narrow intelligence (what we have today) and artificial general intelligence (what we could have ten to twenty years about to address novel problems and re-write its own code worldwide) could replace so many jobs that a universal basic income (UBI) may be necessary. If so, people would be free find out what they really wanted to do, rather than just fitting into some job they really did not like. With the whole world connected to the internet and global financial systems, people can find others to buy for what they wanted to do. With UBI taking care of their physical needs, and social media helping with their love and belongingness and self-esteem needs, people can explore their self-actualization needs while finding buyers around the world for what they wanted to do, following their passions, to become themselves.

Jerome Clayton Glenn is the CEO of The Millennium Project, a global participatory think tank. He invented the “Futures Wheel” and concepts such as conscious-technology, transInstitutions, tele-nations, management by understanding, self-actualization economy, feminine brain drain, and definitions of environmental security, collective Intelligence, and scenarios. He wrote about information warfare in the late 1980s in his book, Future Mind, sent his first email in 1973, and in the mid-1980s he was instrumental in getting x.25 packet switching in 29 developing countries which was key to low-cost access to the Internet. 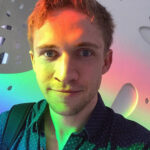