“I prefer to think of imagination as a transitive act.” ― Sonallah Ibrahim[i]

I knew the first time I read this statement that I agreed with it: from time to time, though, I would return to it wondering if I actually understood it.  My mind went to grammar first: as a verb, to imagine can be both transitive and intransitive, says the dictionary. But as I read the examples the distinction evaded me: “I imagine”: intransitive. “He is imagining things”: Seems transitive, except that the “things” aren’t there. If to imagine “takes an object,” as we learn in elementary school, does it count as “transitive” when the grammatical object acted upon does not and never did exist?

But Ibrahim is thinking about the noun, not the verb: imagination as a “transitive act.” Does he mean simply “a transition”? That sounds too passive, something that just happens. Isn’t imagination “active”? Certainly, we say that children have “active imaginations”: we call that play. In adults, though, that sort of play is not “doing” anything, unproductive play, a waste of time at a time when adults should be producing things of value. The action Ibrahim describes, though, is one by which we “arrive at the process of imagination, or rather the process of creating through the act of imaging.” The act is itself a movement, a transit rather than a transition; a proceeding, a doing or making that is not the “re-production” of manufacturing, but the production of something else, something new, different. Not the handi-work of manufacture, but the “brain-work” (D. G. Rossetti) of art.

Thinking about imagination as transit-ive spurs the movement behind my own life work as a scholar of Utopia, in art, literature, and so-called “real life”: those political movements attempting to mobilize toward something better, closer to the “good place” (eu-topia) which is “noplace” (ou-topia), per Sir Thomas More’s pun on the Greek neologism. In fact, to speak of utopia is to invoke imagination as a transitive act. Which is why one of my favorite definitions of utopia is also a defining of imagination as work:

If this passage seems to contain contradictions in terms, that signals precisely the very necessity of utopia and of imagination. If we’re not willing to make that voyage, to do that infinite work, then there is no hope for this world. Thus Margaret Atwood answers to contemporary politicians who have “done their best to finish [art] off”:

[It] is still the human imagination, in all its diversity, that directs what we do with our tools. Literature is an uttering, an outering, of the human imagination. It lets the shadowy form of thought and feeling – Heaven, Hell, monsters, angels and all – out into the light, where we can take a good look at them and perhaps come to a better understanding of who we are and what we want, and what the limits to those wants might be. Understanding the imagination is no longer a pastime or even a duty, but a necessity; because increasingly, if we can imagine it, we’ll be able to do it. Therefore, not farewell, dear reader/voyager, but fare forward.[iii]

Imagination as transitive act, the endless work with the tools of imagination: music, literature, art, dreams, hopes, what-ifs. Through these we invent our own journeys forward, knowing that the journey will be incomplete, and are thankful for that, as it signals the possibility of futures. Imagination is the life-drive.  It in some sense is utopia.

As the most astonishingly imaginative writer, China Miéville, enjoins us, “We should utopia as hard as we can.” Utopia as a verb now? Transitive or intransitive? Both? Neither?

Yes. That was always the point. We live in the contradiction of our times. Imagination lets us see it, move around in it, observe it, experience it, with the monsters, angels, and all—and image something beyond it, something different. “Along with a fulfilled humanity,” Miéville continues, “we should imagine flying islands, self-constituting coraline neighborhoods, photosynthesizing cars bred from biospliced bone-marrow. Big Rock Candy Mountains. Because we’ll never mistake those dreams for blueprints, nor for mere absurdities.”[iv]

So, choose your mode of transit, set your sights on the next horizon, and fare forward, wherever it may be. And tell us about the trip.

Jennifer Wagner-Lawlor is Professor of Women’s Gender and Sexuality Studies (WGSS), English Director of Undergraduate Programs in WGSS, President of The Society for Utopian Studies at Penn State University who specializes in utopian literature and theory from the nineteenth to twenty-first centuries and whose most recent monograph is Postmodern Utopias and Feminist Fictions. She was also co-curator of Plastic Entanglements: Ecology, Aesthetics, Materials, a major international exhibition at the Palmer Museum of Art at Penn State in 2018. 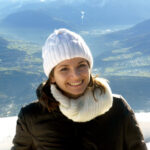 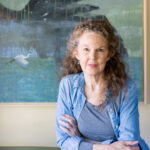