Imagination is the illumination of the mind, like a glowing ember, with the radiant luminosity of visions from the realm of spirit. The images, pictures and ideas do not originate from the human brain. They are received by the mind which makes them flow superconductively through the various media of the arts and sciences.

Without imagination there is no world. The entire realm of human culture would simply cease to exist. As Heidegger put it, animals are poor in world. The beetle sees the blade of grass as a beetle-pathway to find more nourishment. The lizard sees the rock as a place to sun itself. But human beings are not poor in world, for they make worlds by channeling the power of imagination into buildings, temples, paintings, movies and so forth.

The 2-million-year-old species of hominid which we name Homo habilis, who made the first tools, picked up a rock and imagined into it the possibility of shaping a form to carry out the will. Like Michelangelo, who said he already saw the form in the marble and merely had to chisel away at the block to liberate the form from its prison, Homo habilis saw the tool and projected it into the rock. And so it began. With that moment, the birth of cities, empires, religions, and art was already imminent.

Human beings are the only beings who radiate worlds from themselves like the sun’s light radiates into plants, trees, and animals. Such worlds are self-luminous. That is to say, they are their own source of illumination in the same way that we say Medieval manuscripts are illuminated. Such worlds are illuminations into the earth from the power of the spiritual realms. But such powers require the human brain as a magnifying glass to focus them and to inscribe them into the body of the earth.

John David Ebert is author of over 30 books which study the arts, history, and culture, such as Art After Metaphysics, The New Media Invasion, Dead Celebrities Living Icons, The Age of Catastrophe, Cultural Decay Rate, and many others, as well as Founder of The John David Ebert School for the Study of Culture, Cosmology & the Arts. 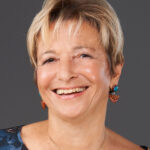