In honor of Lennon’s 81st birthday, a tribute by Gary Tillery, author of The Cynical Idealist: The Spiritual Autobiography of John Lennon

Looking back from what would have been his 81st birthday, it’s easy to dismiss the John Lennon of his thirties as a dreamy idealist.

As a matter of fact, he was. However, unlike most dreamers he had a clear-eyed view of how to bring about the changes that would create a better world.

He was a dreamer with a plan.

In The Cynical Idealist I show how, to achieve change, Lennon proposed harnessing the imagination. He suggested that if people would just open their minds, visualize things the way they wanted them to be, then act accordingly in concert with others, they could collectively shift society to a higher plane.

The seeds of this view can be detected in such early Lennon songs as “The Word” (1965) and “All You Need Is Love” (1967). The Beatles, as a result of their incandescent success in 1964 on the airwaves and in the media, became the most influential artists in the world. As the initial thrill of stardom soured and Lennon worked through a dark “What is it really all about?” self-examination, it dawned on him that his songs could do more than just entertain. He realized that he had a platform from which to communicate his ideas, and he began to use it.

Spread the word and you’ll be free

Spread the word I’m thinking of

Have you heard the word is love?

In 1967 a growing network of satellites made possible the first worldwide television broadcast. Nations around the planet considered how best to present themselves to the citizens of other countries. The United Kingdom decided that their ambassadors should be the world’s most popular band.

The Beatles could have used the occasion to plug any catchy new tune they wanted to be a hit. Their only directive was to make it a song that used simple English—a song easily understood by everyone. Paul McCartney put forward “Your Mother Should Know” as his offering.

But Lennon, realizing that he had a golden opportunity to reach and influence hundreds of millions of viewers at one time, aimed higher. He wanted to open the minds of as many as possible. If he could elevate their thoughts for a moment, shift their attention to their society and the world, he could use his platform to make life better for everyone. So, in place of yet another bouncy tune, he created an anthem.

There’s nothing you can do that can’t be done

Nothing you can sing that can’t be sung …

Nothing you can make that can’t be made …

All you need is love

All you need is love

All you need is love, love

Love is all you need

That was the Summer of Love, when, to young people at least, it seemed possible to change the world.

But summers don’t last forever. Consider the strife of the years that followed—particularly in the U.S. and U.K.: police battling anti-war and civil rights demonstrators, carnage in Vietnam and Biafra, rising fears about air and water pollution, the Stonewall riots, My Lai, Cambodia, Kent State, etc. Not to mention the shock of the breakup of the Beatles.

Late in the year they broke up, 1970, Lennon turned thirty. The following year, he wrote his most famous and influential song, a song that has been called the greatest of the twentieth century.

I wonder if you can

He puts three lightning-rod issues—religion, nationalism, and materialism—front and center, yet the song resonates with anyone whose mind is not entirely closed, anyone who still retains an imagination.

You are invited, he was saying, to consider an alternative to the world you find yourself in. Many of us believe it would be for the best. Won’t you take a moment and think about it?

The year after he released “Imagine” Lennon read Mind Games, a book by Robert Masters and Jean Houston.

In the Sixties, Masters and Houston had conducted government-sanctioned research into the mind-expanding benefits of LSD. By accessing and liberating the subconscious mind of individuals, the two researchers wanted to help them find personal meaning and creative solutions not apparent otherwise. Their aim was benign—to break through perceived boundaries and improve the lives of their subjects—but they had to end the program when the government clamped down on the use of LSD due to the rising drug problem.

They decided to continue their studies by more natural means—meditation, guided imagery, and programs of specific body movements. One innovation was to design mental adventures for small groups of people. Through guided excursions into the depths of their own minds, people hobbled by negative thoughts and attitudes could overcome them and become more creative and confident.

The insights of Masters and Johnson dovetailed with Lennon’s personal philosophy, and he touted Mind Games as one of the most important books of the era. To his fertile brain, the success they achieved opened up exciting possibilities. What if people shackled by self-confining thoughts could break through them and become freethinkers? What if, enthusiastic and idealistic, they started working toward higher goals than the unenlightened masses around them? Wouldn’t they be a catalyst for change? Wouldn’t they be like “mind guerillas,” working independently but in unison to alter society for the better?

In the mental adventures they designed, Masters and Johnson employed quest metaphors and mythical symbols to lift people out of the ordinary and help them dream and imagine. In his 1972 song “Mind Games,” Lennon used the same technique:

Some call it magic, the search for the grail

Doing the ritual dance in the sun

Putting their soul power to the karmic wheel

And to this he added the concept of “absolute elsewhere”:

Absolute elsewhere in the stones of your mind

Projecting our images in space and time

By this strange term he meant a mental image conceived so vividly by so many people that their shared reality would come into being. Just like athletes who used creative visualization to practice moves again and again in their minds, perfecting them so that their “programmed” bodies would flow effortlessly when the time came in the real world, mind guerillas would envision the benevolent society they all wanted and it would manifest.

And it would all begin with average people.

Lennon strongly believed that, if they choose to do so, they have the power to reshape society. And they do. What happens to the stock market when average people begin anticipating a sea change in the economy? If people believe a thing will happen, they begin to act accordingly. As individuals, their personal behavior and choices don’t mean much. But collectively, their choices shape reality.

Even if one person’s opinion means little, it can affect those in the person’s circle. Those affected can influence others in their own circles. The ripples can spread.

Lennon’s view was that individuals can transform personally, through meditation or other means, and begin to focus on the world they want to see, not the world they dread. Their transformation can lead to a ripple effect on others, and eventually change society as a whole.

He was a cynic. He knew that our actions are motivated by our own self-interest. But that stumbling block can be overcome, and it is within our reach to have a better world.

All it takes is imagination.

The Cynical Idealist: A Spiritual Biography of John Lennon was named Official Book of the 2010 John Lennon Tribute, and translated into German, French, and Portuguese.

Gary Tillery is the author of numerous books, including the spiritual biographies of John Lennon (The Cynical Idealist), George Harrison (Working Class Mystic), and Elvis Presley (The Seeker King). He is also a professional sculptor whose most prominent work is the centerpiece for Chicago’s Vietnam Veterans Memorial, and other works include Defenders of Peace for the College of Lake County in Grayslake, Illinois, and Johnny Appleseed for Fort Wayne, Indiana. 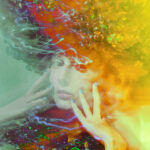 A Defense of the Imagination

Imagine all the people… 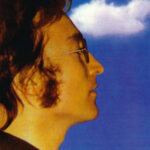