Imagination and Being Human

I’m not terribly convinced that the mental toolkit of my species has much that elevates it above those of other animals, except in one key respect. Our USP is imagination. I know of no evidence that other species can project themselves into other times, places, bodies, realities. I suspect they do not tell one another stories.

What stories do we tell? There is no end to them, it seems, and no limits on them either:  the brain, as Emily Dickinson said, is wider than the sky. But mostly, I think we tell them so that we can live together and can share common dreams and fears. Stories are the closest we can come to entering into each other’s minds – and unless we can do that, and keep doing it, we will be doomed. Other animals can send warnings and greetings, love calls and even teachings. But we have evolved the kinds of mind that can convey experience, and the open-ended nature of our cognition translates into open-ended imagination. Humans have done what they have done, for better and worse, because we are able to believe for at least a moment that all things are possible.

The stories that come from the deepest parts of our imagination are not always reassuring; they are not sheer escapism. Our myths, new and old, are often bloody, carnal, misshapen, full of foreboding and even of apocalypse. But this is fine: it is through the imaginative vehicle of myth that those thoughts become bearable, because we can see that we don’t carry them alone. The oldest and most iterated stories are tools for thinking with. They are a record of our psychic history.

If imagination is indeed our greatest asset, we had better use it well. Most of our social and personal failings are failures of imagination; when we succeed and thrive, it’s because we saw the possibility of it first inside our heads.

Philip Ball is a freelance science writer whose writings for the popular press have covered topical issues ranging from cosmology to the future of molecular biology, and whose 25+ books concerning science in some form or another: its history, its interactions with the arts and society, its achievements, delights and detours, include The Beauty of Chemistry, The Modern Myths: Adventures in the Machinery of the Popular Imagination, and his brand new, The Book of Minds. 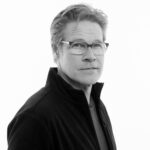 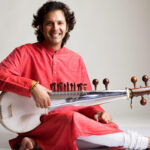