Imagination is obviously a very important part of the creative process. Some years ago, I had the chance to be in contact with Peter Gabriel’s Real World Records and received all the separate original tracks from his hit 80s song, Shock the Monkey. The files stayed in my computer and remained unused until a very sunny day in March of 2018 when suddenly everything became clear as I precisely ‘imagined’ an entirely new Shock the Monkey composition. This idea created thread a golden string through Peter Gabriel’s amazing career: his passion for world music, especially African music, and his amazing soundtrack for the film The Last Temptation of Christ, with its strong Middle Eastern influences. In a very short time, I imagined the whole song, the structure, the groove, the instruments, and beyond.

In the creative process, inspiration is like an instantaneous spark. It feels like some kind of very brief connection with our soul. Then comes the imagination/imaginary process that is able to create the whole piece of music before even touching any instrument or piece of paper. The process that follows is a long work in progress that eventually leads to the finished work.

In 2020, while creating a new musical project in the group Sprezzatura, I had the exact same experience when I decided to rearrange all this beautiful medieval musical repertoire. Creating bridges between India, the Middle East, Africa and Europe, between improvisation and composition, between ancient music and modernity appeared obvious to me as soon as I first listened to the exquisite ancient music pieces by Montserrat, Pérotin le Grand, etc.

Again, inspiration as a spark, followed by a longer imaginational process.

Once a musical piece is finished, it is then broadcast or performed in front of an audience. The music then becomes free to live its own life and follow its own path. This is when the imagination of the listener comes into play: their personal background, current state of mind, their own perception at that moment stimulates the imagination. The audience is then able to activate some of its senses, to see mental pictures, feel sensations, imagine fragrances, and so forth. Through this imagination process the listener is able to experience their own perception of the music, feel what inspires them, and become aware of what pictures they may see.

Imagination is thus a vital power and need for human beings. During the first pandemic lockdown in Paris, the magnificent church, Saint Etienne du Mont, remained open thanks to the Pastor, Father Metzinger, who insisted on leaving his church open so that people could come in and find a space of peace. He invited musicians to play regularly. During and after these public rehearsals we could see how these musical moments were so important to people, how important it was to keep on stimulating their imagination, their ability to see pictures, to evoke fragrance, and finally to touch the music we were just creating.

Pierre Baillot is a multi-instrumentalist and composer, who along with saxophone plays a wide variety of oriental instruments including oud, bansuri and nay flutes, and duduk. In 2010, he created the electro-oriental Maido Project and more recently he associated with the famous counter tenor Sebastien Fournier to create Sprezzatura, a unique fusion between medieval baroque world and jazz. 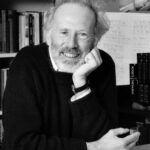 A Tribute to R. Murray Schafer and his Imagination 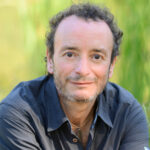