When the Child Imagines

There’s a sanctuary in Sri Lanka called the Butterfly Peace Garden House that treats children who’ve been traumatized during war by encouraging them to create songs, poems, plays, and music to re-kindle their imaginations. There’s wisdom in this. During severe trauma, the creative imagination shuts down. Body and psyche tighten in service of survival, flattening the ability to toy with possibilities and delight in the symbolic dimension of perception that brings us vitality and transcendence.

I’ve learned this in my own life, having been raised in a household in which an intolerable series of deaths occurred. The good news was that I found solace in books. The bad news was that, while I longed to someday write my own, I knew I couldn’t, because I had no imagination.

Fast forward nearly half a century. Having mined my dreams, dialogued with inner figures, painted their images, danced their dramas—I was ready to write my first novel. And who would be offered up by my imagination but a skipping young girl, quirky and bright, obsessively preoccupied with the void and fascinated by the butterfly effect? I strove to do justice to her sparkly spirit as she skipped her way into becoming a Nobel physicist devoted to addressing the climate crisis and learned to navigate an unwanted pregnancy, a ruptured friendship, a broken heart.

I’ve blossomed right along with her—my books becoming bridges to others who care about our Earth; to those whose encounters with the void have made them deeply empathic; to souls who balance seeing the darkness with celebrating the mystery. One decade and a trilogy later, I’m about to release a fourth book featuring that endearing protagonist, grateful to the world that’s opened up for me in the emergence of my own inner child’s once inaccessible creative imagination.

Sharon Heath is a Jungian Analyst in private practice and a faculty member of the C.G. Jung Institute of Los Angeles who writes fiction and non-fiction exploring the interplay of science and spirit, politics, and pop culture, including her forthcoming novel, The Mysterious Composition of Tears, a sequel to The Fleur Trilogy, published by Thomas-Jacob Publishing, LLC. 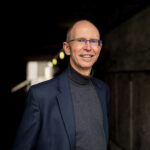 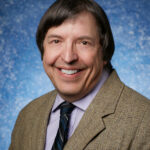