A Message from Mark Riva

In her TEDx talk, How to quit your life (and reboot), Priya Parker from Thrive Labs challenges us to ask: What is the biggest need in the world that I may have the passion and capacity to address?

With the launch of IMAGINE on October 9th, 2021, in the throes of a global pandemic, I felt most certainly that our biggest need was to come together to imagine a better world. On many counts, we have succeeded with flying colors.

A simple call on short notice with nothing but an idea, trust in my good intentions, and with no budget to pay, struck a common chord within a small but uniquely powerful group of people to rise to the occasion and come together in an unprecedented way.

In one year, IMAGINE has brought together many of the world’s most imaginative people to speak on the power and importance of the human imagination. We have come together to celebrate the power of imagination, to bring the spirit and the values of creativity to life, and to inspire ourselves, the people of the world, and hopefully future generations.

A DECLARATION OF IMAGINATION

This is a declaration that states in its own humble way that with IMAGINE we are opening up a whole new era in the appreciation-understanding of human imagination and a collective intention to expand its powers and applications for the greater good.

The IMAGINE equation is simple: when people are inspired to live more imaginatively, quality of life is enhanced for everybody. Imagination is therefore not only essential to the health and well-being of all people and humanity. It is a critical factor in the creative solutions we need for the many global challenges we face.

Any revolution in everyday life is always a revolution of imagination. What IMAGINE is doing is a strong indicator of some kind of revolution in our understanding of not only of what Imagination is… but what “life” itself is and can be. When we let what everyone is saying sink in, it is paradigm-changing to the degree that it spells out an entirely new vista for humanity in the way we see, consider, and live our lives.

What we have showed in the evidence provided by IMAGINE is that:

·       Our collective vision and the consensus about imagination it yields is unprecedented. It exhibits overwhelming support and evidence that imagination is not only vitally important, but it is central-pivotal in the most essential aspects of human existence: consciousness, perception, reality, and creativity. It shows that imagination is real and an all-pervasive and essential vital dimension of the human being. Its power and importance has been misunderstood, unappreciated, and marginalized for far too long, and it should be taken seriously and is a most practical thing that we can develop, exercise, nurture, share, and celebrate.

·       There’s a fresh sense of optimism and idealism in the air in the spirit of imagination, like the new zeitgeist and conscious paradigm we’ve been working on and waiting for as part of this. IMAGINE has helped to really drive this home as a testament to the power and value of imagining and imagination along with the allied foundation of creativity, invention, and innovation.

·      With the IMAGINE project clearly indicating that there is a critical mass of people who are awakening to this emerging imagination-fueled age of culture, we, as shapers of this Collective Imagination are collectively plotting out and expanding the landscape of the imagination and a new day for The Culture of the Imagination as a reality. This means that IMAGINE is much more than a “zine”; it is Movement. It is a vehicle for activism through imagination in action.

IMAGINE has built a solid foundation in place to build something very special and meaningful that can be the jumping off point for something larger. In 2023, we need to put imagination into action and take it to the next level in terms of impact, meaning, and reach.

We know that it is not enough just to imagine, we have to “manifest” imagination in the “real world”. To imagine-feel-think-speak-write-sing-talk imaginatively is one thing, but we must “walk our talk”, and so as we head into year two of this inspiring project, we are intently focused on actualizing The Collective Imagination and our very best ideas. By continuing to work together in harmony, we can and we will take on some of the biggest challenges of our times and build a better world one imagination at a time.

Love this vision? You are invited to be a part of the Future of IMAGINE by going here. 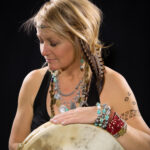 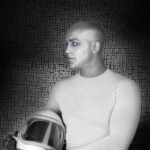